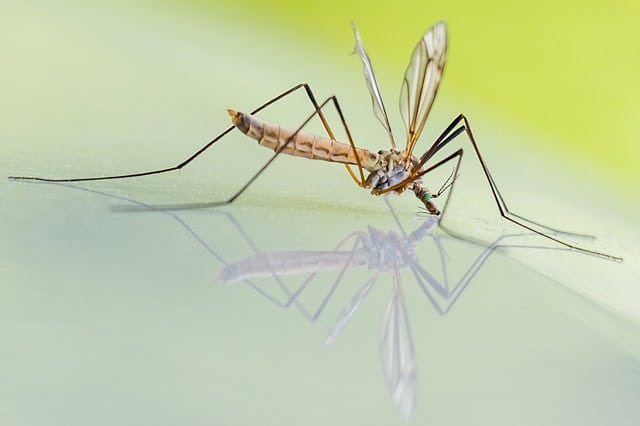 As you may have seen in one of our recent posts, we’re really focused on making the world a happier place. While they are pesky creatures during the summer, mosquitoes go to great lengths to protect themselves from colder weather and even enter a sleep-like state until the spring.

Some Facts About Them

The mosquito is nothing if not a resilient creature. Reports say that mosquito species have been around since the Jurassic period and that the current ones from today are practically unchanged from the ones which were buzzing around prehistoric animals some 46 million years ago. This means that the mosquito has escaped from the Ice Age of 2.5 million years ago virtually unscathed.

When you think about the Ice Age, there’s small wonder that a few months of winter hardly bother the cold-blooded insect. First things first, whenever one of them bites you, always know that it’s a female. The males don’t bite and their sole purpose is to mate with the females and then die.

Overall, there are more than 3,500 species of mosquitoes out there so that’s quite a big family. Out of the 175 found in the United States, 4 of them are among the most common with one being a malaria carrier (Anopheles quadrimaculatus) and the other three known to spread various forms of encephalitis.

As such, the lifespan of a male mosquito is up to 10 days in which it fulfills its chore and then it goes to rest in peace. They never make it past the fall while most of the females from the species spend the cold months inactive in protected places such as animal burrows or hollow logs. 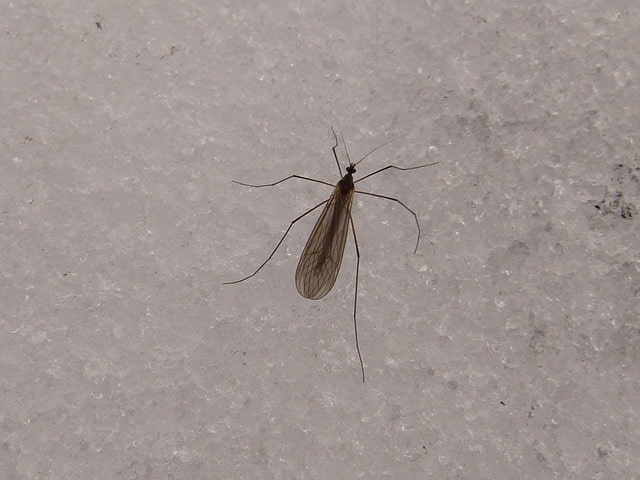 Yes, even if it’s hard to believe, we’re telling you that mosquitoes do not simply die off during the cold and harsh winter months. The exact way of surviving is different for each species as they really are adaptable creatures. For instance, the mosquito responsible for transmitting the deadly Zika virus, Aedes aegypti, overwinters in the egg stage.

Therefore, it’s safe to say that the adult females enter a period of dormancy similar to a bear or a squirrel’s hibernation which can last for up to six months. However, as we said, this is quite species-specific as some of them will choose to die after laying.

When the temperatures begin to fall below 50 degrees, the adult females will lay their final batch of eggs is small water-holding items which contain as little as half an inch of water. While the adults do eventually die after doing this, the newly deposited eggs will enter a state called ‘’diapause’’ which suspends their development during the cold winter months.

When the temperatures start to rise and spring brings back the rainfall, the eggs are re-submerged and hatch to start the next generation of pesky mosquitoes that never ceases to bother us during the summer. Even more alarming than the fact that they will undoubtedly seek out humans as a food source is the fact that the young ones could also carry the Zika virus.

As we said, the adult male mosquitoes generally die after mating. The first three stages of the newly-laid eggs – egg, larva, and pupa – are happening largely in the water. Come fall, the female mosquito lays taking care to choose certain areas where the ground is moist. The females of this species can lay up to 300 eggs at a time so that’s why these insects are everywhere.

As we said, the eggs lie basically dormant until the spring when the temperatures again become favorable and they hatch as soon as sufficient rain falls. Usually, these first three stages last anywhere from 5 to 14 days depending on the specific mosquito species and the surrounding temperature but there are some exceptions to this rule.

Mosquitoes which live in regions where some seasons bring freezing or waterless weather have evolved to spend part of the year in another diapause, again delaying their development, even for months, until there is enough water or warmth for their specific needs.

The thing to remember here is that all mosquito larvae require water to live and develop so this is why we only see the unrelenting insects after the first rains are through. 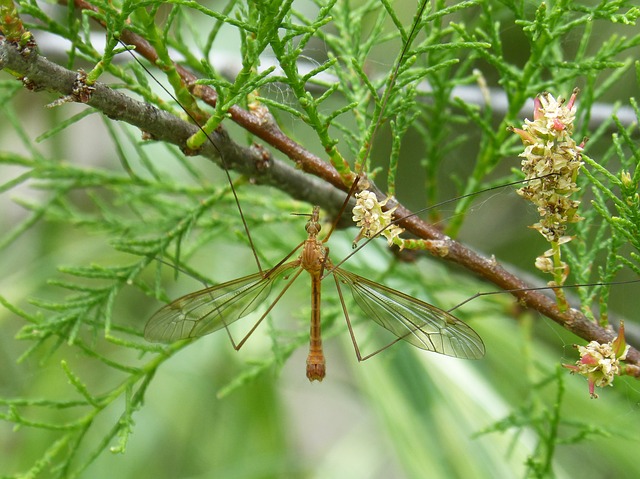 When the warm weather returns, the newly awakened female mosquito has to find a blood meal to get some protein in her system which will help with the depositing of another batch of eggs. That is why in the spring when people restart discovering the beauty of the outdoors wearing short sleeves, these insects will also be out in full force looking for blood.

Once the female has found a lucky soul to feed upon, she will rest for a couple of days and then lay her eggs in any drop of standing water she can find. In a world filled with ideal mosquito-developing conditions, these females can live about six to eight weeks and lay eggs somewhere around every three days during their adulthood.

Where Do Mosquitoes Not Go In The Winter?

There are few regions these insects do not find good enough for their development. Indeed, mosquitoes live in every land and continent except for Antarctica and a few polar or subpolar islands. One of those islands is Iceland, its citizen having the exceptional luck of living their lives essentially mosquito-free.

Their notable absence from Iceland and other regions like it is probably due to the quirks of the unpredictable climate present in those parts of the world. For instance, Iceland is known to warm up suddenly in mid-winter causing the ice to break only to have it freeze again after a few days of warmth.

By that time, the mosquitoes would have had ample time to emerge from their pupae but not enough time to complete their life cycle before the new freeze sets in and stops the entire process in its tracks again.

‘’Mosquito’’ is actually Spanish for ‘’little fly’’ and the word originally was reported in the early 16th century. In places like Australia, New Zealand, and Africa, these insects are often called ‘’Mozzies’’.

In the U.S., West Virginia has the fewest species of mosquitoes, about 26 of them. On the other end, the state of Texas has 85 while Florida comes in a close second with 80 identified species.

Mosquitoes don’t actually have teeth to bite with. The females ‘’bite’’ with a long, pointed mouthpart named proboscis, using the serrated instrument to pierce through the skin, locate a capillary and draw blood through one of the two tubes.

One of these insects is able to drink up to three times its weight in blood, even though that’s still not enough to cause you any problems. If would take about 1.2 million mosquito bites to drain all the blood from your body.

To sum it all up, mosquitoes don’t magically disappear in the winter. While the males are only kept around for breeding and then die because they have completed their task, some females, depending on the species, find holes where they actively shut down and wait for warmer weather.

Other types of females choose to make the ultimate sacrifice and also die after laying their eggs in the freezing water. When the temperatures rise, the eggs will hatch and the young mosquitoes in them will begin the cycle anew.

We can safely say that these insects do not like areas with an unstable climate which is a big reason why they are missing in places like Iceland.