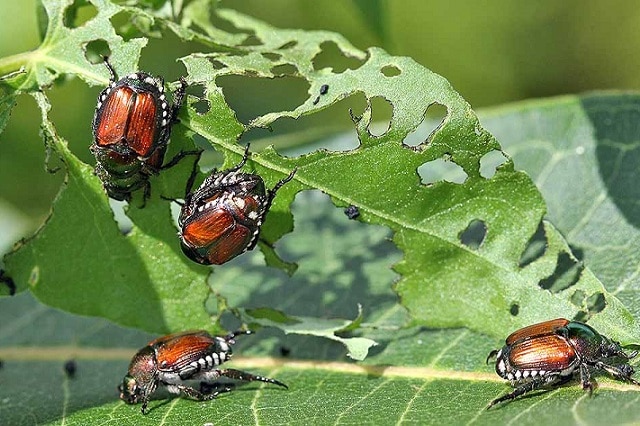 From how to identify Japanese beetles to what to do to keep them at bay, this post includes information you might find useful. Check it out to beetle-proof your place and reduce beetle-caused damages.

How to identify Japanese beetles

You might have seen Japanese beetles without knowing their name. These small bugs have metallic blue-green heads, tan wings as well as copper backs. Plus, their abdomen is lined with small white hair. They reach half of an inch in length and they feed and attack plants in groups, which is what makes the damages they cause even more severe.

Although the adult Japanese beetle has a lifecycle of 40 days or so, it can cover a wide area and when you place that next to the fact that they attack in groups, the outcome can’t be too bright. Therefore, knowing how they look gains great importance if you want to spare your plants from the damages they can cause. 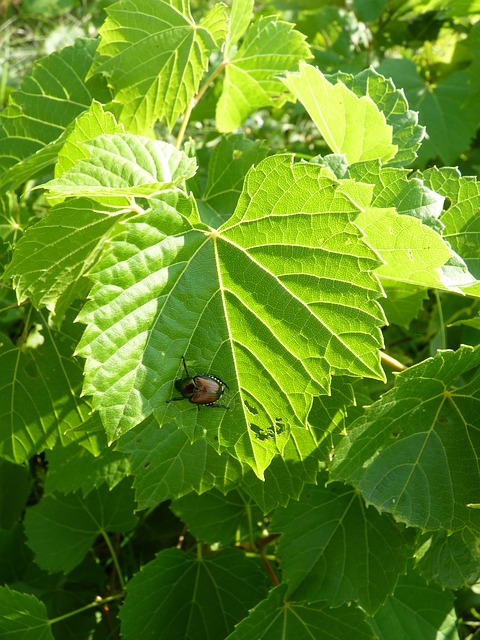 Why are Japanese beetles dangerous?

Even if they may seem harmless, Japanese beetles are quite powerful when it comes to destroying plants and crops. One thing that makes these small bugs so dangerous is that they attack more than 300 plant species. You will usually find them devouring roses, beans, raspberries, and grapes.

One sign of Japanese beetle infestation, in case you don’t actually see them, is the skeletonized aspect of leaves. If the leaves of the plants in your garden have only veins left, then there are great chances for them to have been eaten by these beetles.

However, other beetles such as the Mexican bean beetle can do the same damage. That’s why it is important to make the difference between various beetle species.

Keeping your garden safe from Japanese beetles requires various pest control methods. Some of them will help you prevent them while others will help you rid of them once they have taken over your place.

It is always best to take the necessary measures to prevent such pests from devastating your garden. Therefore, there are several relatively simple things you can do to stop them from accessing your garden.

Keeping your soil healthy is one of the most important steps to take. Make sure you remove diseased fruits, trees, and debris that could attract these bugs. It is ideal to select plants that Japanese beetles are not very fond of. If that is impossible, then you might want to try to disperse the plants throughout the garden than group them together.

Another great prevention method is the so-called companion planting. Keep Japanese beetles at bay by planting garlic, tansy, or rue near the plants that these bugs usually prefer. Plus, you can use various solutions to spray the lawn during the grub stage (late spring or fall) to make the grubs surface.

A popular method used to eliminate such pests includes the use of nematodes. However, this method can be employed only when there are signs of Japanese beetle activity and can be used only to kill the pest in the larvae stage.

Nematodes are roundworms that feed on insects, more precisely on the grubs in the ground. You should place them in the soil at the end of August or beginning of September so you can get the soil ready and healthy for the next year.

This method is highly preferred because it is not harmful to people, plants, earthworms, or animals, therefore it is an organic and chemical-free method. Plus, the nematodes attack several other soil pests such as German cockroaches and fleas. 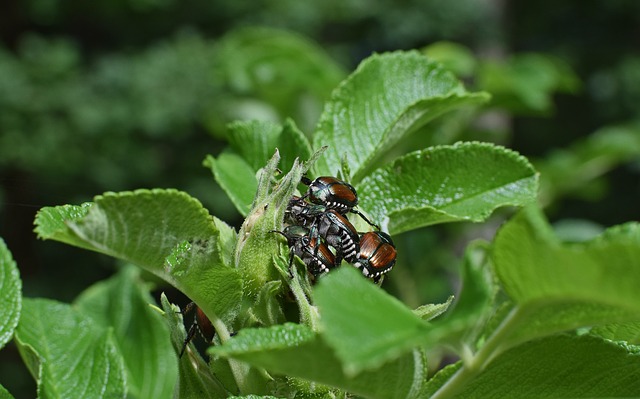 If the pests have already conquered your garden and you need to kill them, you might want to try the Japanese beetle traps. It’s true that, sometimes, they may have the opposite effect and lure the beetles from beyond your garden. However, many people still use them and enjoy satisfying results.

There are various types of such traps but they basically work the same. The trap includes a lure such as aromatic chemicals that are extracted from plants including geraniol and eugenol. The thing with these traps is that they should be placed away from the vulnerable plants in order to stop the beetles from landing on them on their way to the trap.

Insecticides are common pest controllers you can easily find online and in many stores. However, they may come with unpleasant side effects such as damaging the plants the beetles target and even burn more delicate plants.

Make sure you check the ingredient label before you buy and use a product. Some of the safest ingredients used include permethrin, carbaryl, and acephate. Also, pay attention to the problem the insecticide targets. Can it be used for adult beetles or just in their larvae stage?

If you don’t want to use harmful chemicals that could jeopardize the health of your plants or your own health, you can get a safer insecticide based on neem oil. Spraying the plants with such a solution will eliminate Japanese beetles as they will thus ingest a chemical that is passed on to the eggs and that will make the larvae die before becoming adults.

Just keep in mind that such formulas will also affect nematodes. In case you’ve used them to reduce the grubs in the soil, you need to be careful with how often you apply the insecticide. Soap-detergent sprays are also used by many people since they are formulated not to harm the plant. They are usually based on potassium bicarbonate.

No matter the insecticide you decide to go for, read the label carefully before using it and balance the advantages and disadvantages it comes with.