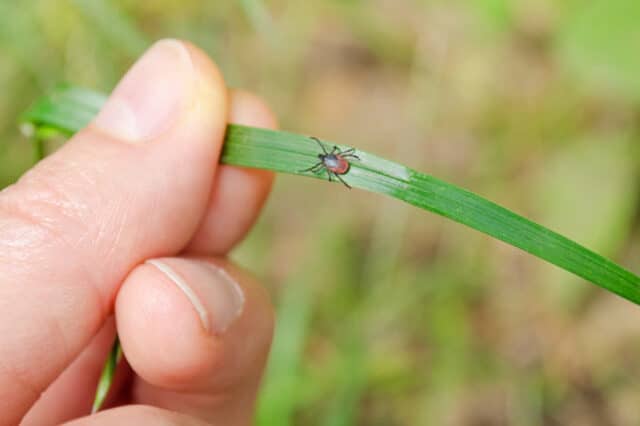 Whether you are worried about ticks or not, you should really find out more about this subject so you can be prepared, should the need ever arise. While a bite from a small critter is usually no big deal, ticks have the annoying habit of attaching themselves to your body and staying there for a few days, before they get noticed.

Seeing how some of them can also carry diseases, we felt it was important for you to be able to understand how exactly can ticks get on you and how can you avoid it. This is especially important because you will usually not be able to feel the bite since it’s painless and not even itchy. Read on to find out how to ward yourself against these annoying bugs.

As you know, ticks are blood-feeding parasites which relly on attaching themselves to a host to survive. Almost all of them adopt a behavior called “questing” to actively look for their host and quite literally suck the life out of them. When searching for a blood meal, a tick likes to crawl up a plant stem or even a tall piece of grass and adopt a still posture, with the front legs extended.

This is called “The questing posture” and it is used while the tick is waiting for the potential host to come closer. This position is special because it allows them to use their special sensory structures on its front legs called “Haller’s organs” which allow them to detect an approaching host.

Back in 1881, a scientist named G. Haller had the curiosity to study these beings and published the first work on their sensory structures, even though he misunderstood their purpose at the time. Haller imagined they were auditory sensors when in fact they are used as olfactory ones. When a tick sits with its front legs extended, it is actually smelling for a host.

If you plan on simply running through the grass so the tick won’t have time to attach itself, you might be surprised. By using their special organs, these insects can even detect the carbon dioxide from your breath and the ammonia in your sweat.

When they sense a victim nearby, they wait to grab hold of its leg as it brushes past the grass or vegetation. Also, while most ticks will wait for you to get to them, those in the “Hyalomma” genus with actually make a mad run towards you when you get pretty close. 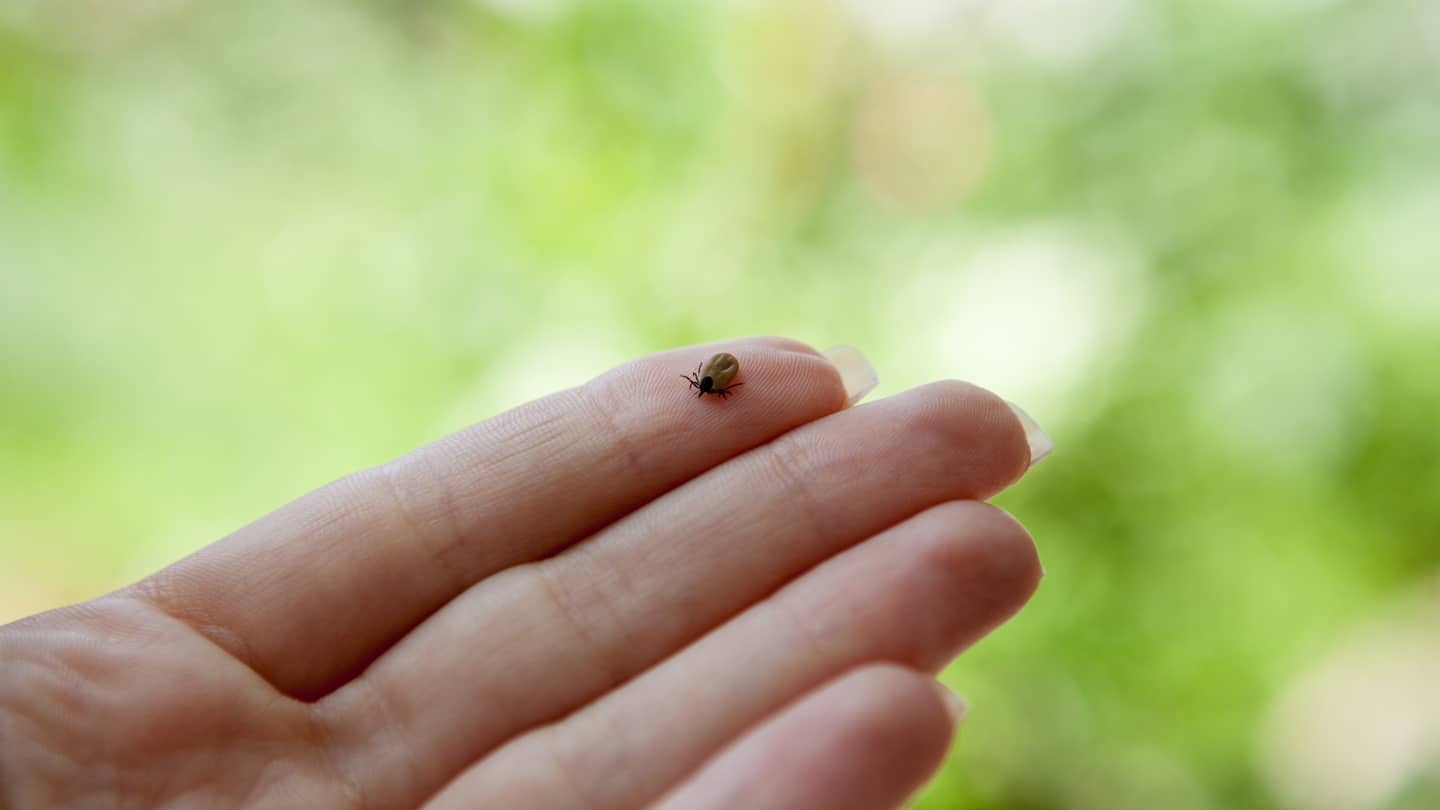 Can You Avoid Them?

We know it’s probably a little disheartening to know that there are predators out there actively looking for you. While there are certainly scarier monsters on the bottom of the oceans and in dark caves, you will seldom meet any of those.

Ticks, on the other hand, are anywhere and everywhere and it is very hard to avoid them altogether. Due to their sensitive organs that we described before, you can use all the deodorant and mosquito repellent you want, they can still sense you by tracking your breath.

Furthermore, remember that ticks can also smell ammonia, so that’s one reason why you might not wanna go for a number one while you’re out in the woods. Understanding their overall behavior can still go a long way in helping you avoid them. To minimize your risk of getting bitten, take care not to walk through areas with a lot of vegetation.

If you have to, at least keep your legs covered and even use some effective tick repellent, because some protection is better than no protection. While some will advise you to also wear hats, that will be of no consequence except if you’re an acrobat who plans to walk in a handstand through the grass.

When you find a tick on your upper body or in your hair, the bigger probability is it managed to climb there from your leg, because that is the mechanism they use to attach themselves to you. Wearing light-colored clothes is another way of making them stand out due to their usually brown color.

I Got Bitten, Now What?

All right so you were a little unlucky and, despite all our pieces of advice, a tick managed to get through and you got bitten. The first thing that you will want to do is to panic slightly at the sight of a small arachnid sucking the blood out of you. However, right after that, you need to use a tool to quickly get it off, preferably a forceps or a good set of tweezers.

You want to get as good a grip as you can, preferably very close to the skin. For your sake, we hope the tick you find is pretty small since the bigger it is, the greater the chances that you got a small disease-like gift from it. Regardless, don’t squeeze it or throw it against the wall, as you may need some fresh paint after that. Instead, put it in a bag and store it in a freezer.

Several labs out there will offer tick-testing services that can let you know if the tick that bit you was carrying any kind of disease. What they do is grind it up into a powder and check the DNA for traces of it. If you’re feeling scared and are anxious to just wait around for the few weeks it takes to develop any kind of symptoms if you do have them, shell out $50 and go for it.

Some reports claimed these tests are hard to rely on, at their best, because the blood from a tick that has already fed will likely interfere with the results. Furthermore, the fact that we don’t know whether the tick has actually passed on the disease it’s reported to make for inconclusive results.

Symptoms To Watch Out For

Regardless of tick-testing, you should still be informed of what kind of symptoms a tick bite can cause, especially if you live in areas that are filled with them.

Most bites from these arachnids can produce flu-like symptoms ranging from fever, headaches, and tired limbs all the way to full-body aches. If joint pain is also added to these, you may have Lyme disease so go and get yourself tested as soon as possible.

Disease-carrying ticks can be much more dangerous for children than they are for adults. Another common illness that ticks can cause if they climb on you is ehrlichiosis, which is very difficult to spot when the victim is an infant. Watch very closely for any kind of symptoms and especially fever, and bring the frozen tick to your pediatrician for testing. 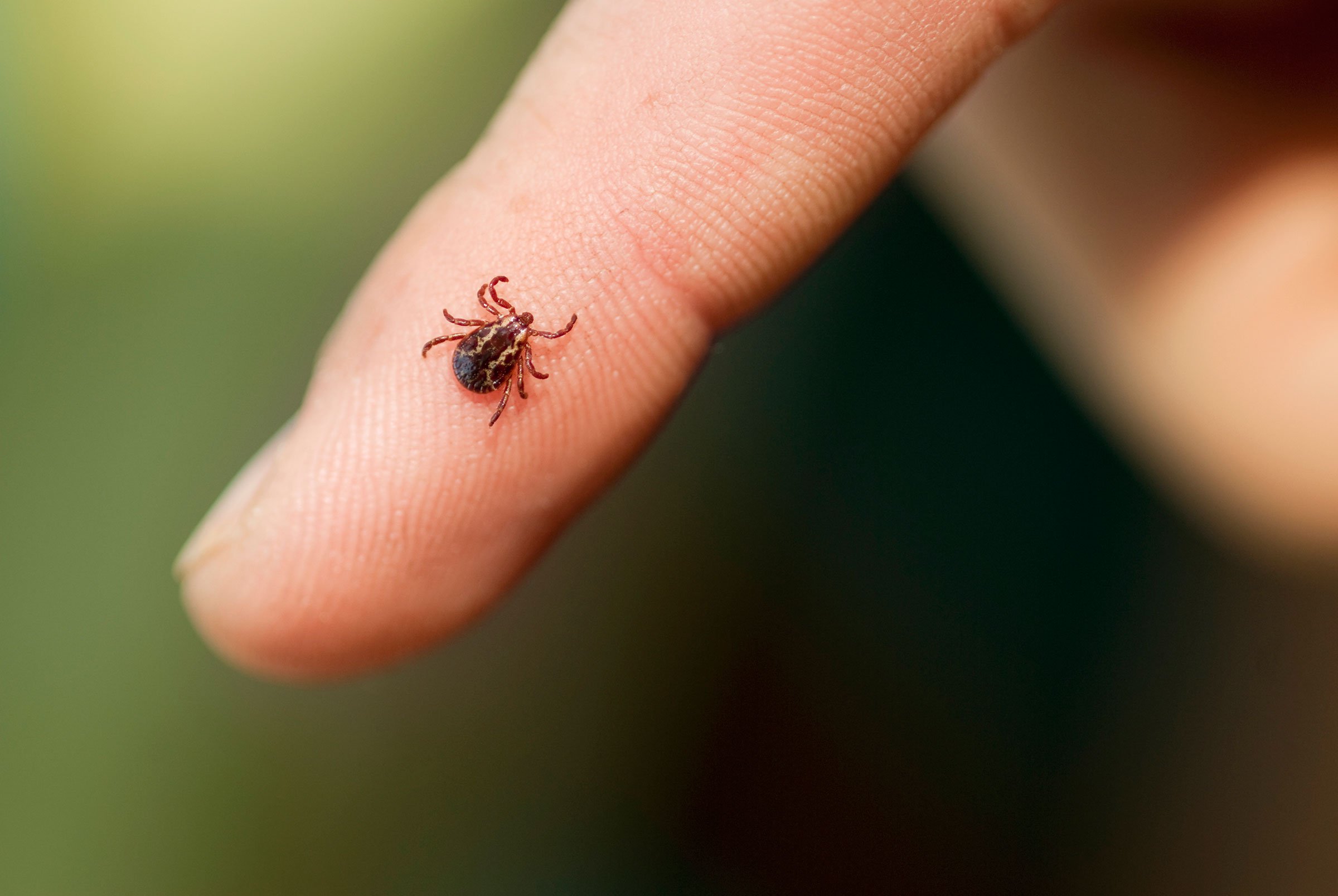 Even If They Do Get On

The truth is that nowadays ticks are everywhere and you can’t really avoid them. While the risk is certainly there if you like taking long walks through the thick green fields, they are predators which are specially built to get on you.

Only a select few species actually carry disease though, so if a tick got on you it does not necessarily mean you are sick. Percentage-wise, less than 5 percent of the actual bites result in illnesses, so feel free to enjoy a careless picnic in the tall grass while watching the sky.