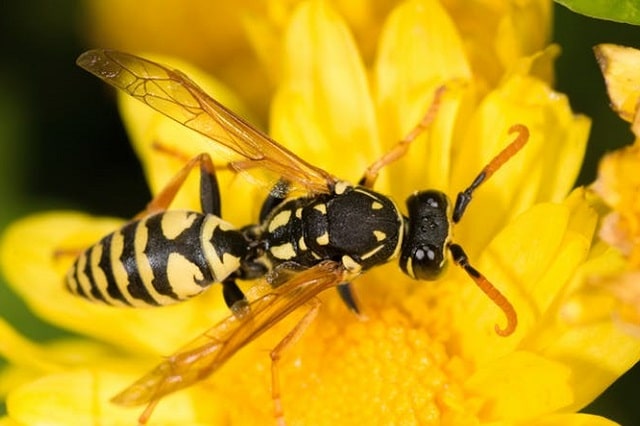 Wasps are by no means friendly insects. Before you start searching for the best wasp trap for the money, we recommend that you read this comprehensive article that we have prepared for you as it is packed with numerous interesting facts that you might not know about these insects.

Well, the short answer to this question is no. Although, just like bees, they drink nectar from flowers, these insects do not transform it into honey. Instead, they use it to feed their young and make sure that they survive.

In addition to the fact that they relish eating nectar to boost their energy levels, wasps also consume small insects. However, not all wasps have the same diet. For instance, yellowjackets, the most common type of wasp is very flexible when it comes to eating, as it can be spotted scavenging through garbage bins for food and animal carcasses.

Because of their behavior, wasps of this kind can be a real cause of annoyance to people. They are also quite aggressive when compared to bees. Moreover, they sting and paralyze bigger insects to kill and feed them to their young. 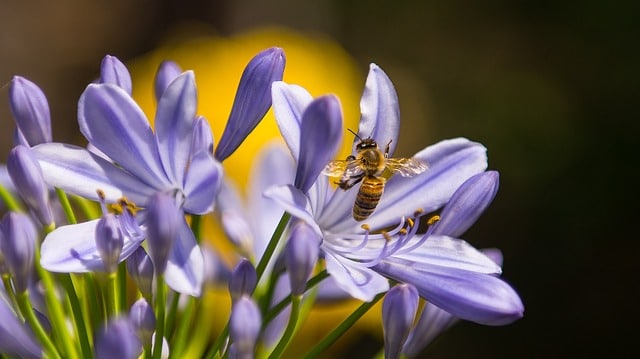 Another question that you might not have the answer to is ‘do wasps pollinate’? According to the experts, wasps are pollinators because they transport pollen from one flower to another while feeding on nectar. However, wasps are far more complex than that. For example, differently from regular wasps, there is a unique species called pollen wasps that have the same role as bees.

Also, there are some varieties of orchids that are only pollinated by wasps. If the population of wasps from the areas in which these plants live die, the plants go extinct.

The same thing is true when it comes to figs. There is a kind of insect called the fig wasp that lives in the areas where figs grow. Without the presence of these insects, the pollination process would not occur and figs would disappear. In the case of figs, pollination via air or other insects is impossible, as the entire process has to happen inside the fruit.

What is their purpose?

As we have explained, only a small number of wasp species have an active role in the pollination process. Therefore, the question of why wasps exist might arise. Well, according to the specialists, the main reason for their existence has to do with the process of pest control.

Given that they survive by eating other small insects, wasps are able to kill a large number of bugs that cause harm to the environment. Therefore, the next time you see wasps around your home, you should think twice before deciding to kill them.

If you do not like spiders, you will definitely find it interesting that some wasps also help keep the number of spiders and caterpillars in check. This happens because some parasitic species of wasps use hosts to lay their eggs. Consequently, when the eggs hatch, the larvae start feeding on the host.

What are the main differences between bees and wasps?

Well, to start, it should be pointed out once again that only bees can produce honey. Moreover, wasps can sting multiple times, while honeybees can only sting once before they die.

While wasps are more aggressive in nature and they tend to attack rather easily, bees are calmer and more peaceful and they only attack when they feel threatened or disturbed. When flying, the legs of wasps tend to hang. This does not happen in the case of bees as their legs are well hidden when flying.

If you want to ensure the necessary precautions to avoid a wasp invasion, there are a few steps that you could take. Because these insects are attracted to food sources, it is vital that you keep your yard clean.

You should empty your trash cans often so that they cannot smell the food. Also, you might want to remove any still water. If this does not work, you can invest in some decoy toys. As you might know, some wasp species are territorial. Because of this, it might help to install a fake nest so that they won’t build another one nearby. You can find numerous models available online.

There are also some plants that repel wasps and that you could place in your home such as eucalyptus, citronella, or spearmint. If you live in an apartment and you want to prevent insects from entering your home, you can place some pots with these plants near the windows.

To protect your home, the experts also recommend that you fix any crevices in the walls, roof or windows. This way, the insects will not be able to gain entrance in your house.

If you decide to use a DIY method in order to get rid of the wasps in your garden, you should know that this process is highly dangerous if you happen to suffer from allergies. Therefore, before you try anything, we suggest that you consult your doctor.

Still, as numerous experts explain, such a task is better left to exterminators who have plenty of experience when handling these insects. 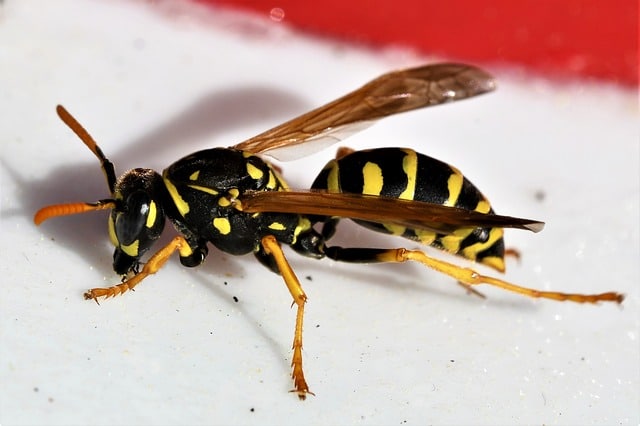 Is it safe to remove a wasp nest?

The automatic reaction we tend to have when we see a wasp nest is to remove it. However, such a decision comes with numerous implications that you might not be aware of. Numerous wasp species that live around peoples’ homes are stingers and they get highly aggressive when they feel that they are threatened.

On top of that, a single nest can be the home of thousands of wasps. Therefore, removing it by yourself is very dangerous. If you have never destroyed a nest before, it is best that you seek professional help. This way you can see how the entire process should go down.

If you do not want to spend additional money on this sort of services, it is strongly suggested that you at least use a pesticide and that you wear protective equipment, including a face mask and protective clothing. In any case, we strongly discourage novices from doing something like this by themselves. This is particularly dangerous for people who suffer from allergies.

1) Wasps – all you should know

3) Do any wasps make honey?

4) How Do Wasps Make Their Nests?