Skip to content
Home » Repellents » Do All Ticks Carry Disease? 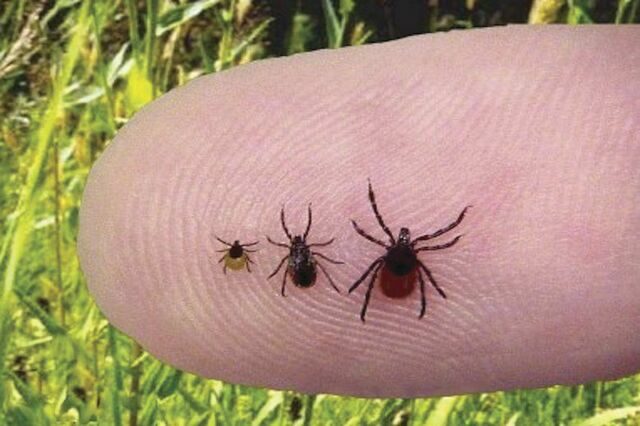 If you are worried about ticks, especially when it comes to your kid, you should consider getting an essential oil tick repellent. To be honest, you should always find out more about anything that could be potentially harmful to your baby, as that is one of the demands of being a parent.

Since everybody is very afraid of ticks and the effects their bites can have, we thought we’d write this article to help you not panic and be better informed if you should encounter a tick crawling up and down your kid.

What To Look Out For

A bite from a little critter on its way to the next meal is usually no big thing for us. We scratch it if we get a bump and we move on with our lives. Ticks, however, require more observation because some, not all of them, carry diseases which can be potentially harmful. Since early treatment is always the best treatment, you will need to know what to look for in a bite.

The difference between ticks and other bugs is that if other insects bite you and run away, ticks get a little more possessive with your body. When one sets up camp, it looks for a place to eat and then burrows its head into your skin and starts feeding. The gross part is that if it remains undiscovered, it can stay there for several days.

You are not likely to feel something when it happens, because the bite is usually painless and it’s not even itchy. Since ticks are very small, you’ll also have a hard time seeing it, especially since at first it may look just like a fleck of dirt. As time passes and the tick feeds, it will swell up and be easier to locate.

Some people’s bodies will react differently to a tick bite and you may see a small red bump with 1 to 2 inches of redness around the bite. This is another way of spotting it since the red area will not usually get bigger. If it does get bigger, however, you may have gotten yourself a rash, which is indeed a sign of disease. 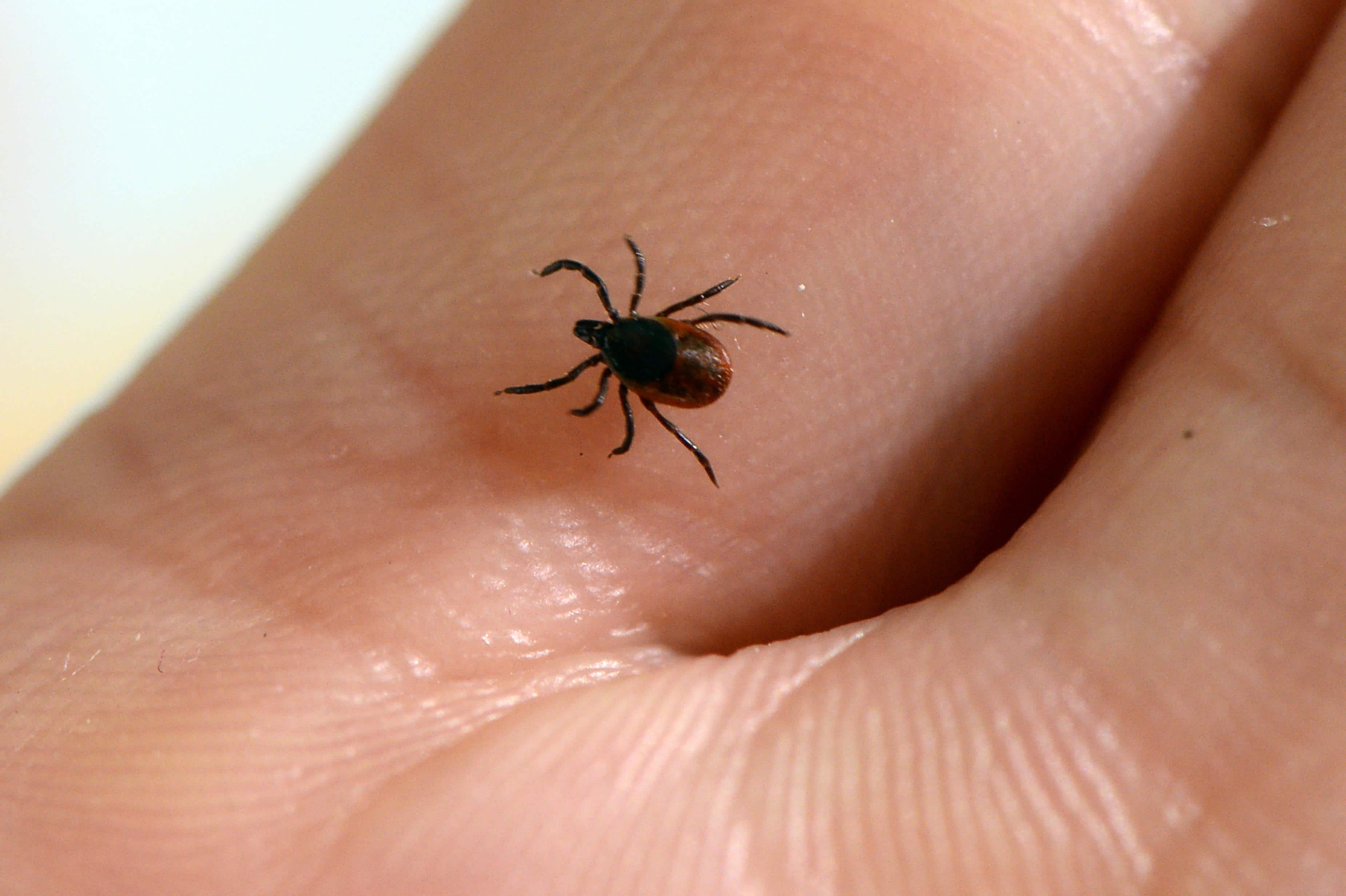 Since only some tick diseases give you a rash, what it looks like depends on the type you got. What most people get is the disease that ticks are usually known for, and that is Lyme disease. This is a bacterial illness which hits people with headaches, fevers, arthritis, and sometimes even paralysis of the face. If you do get a rash from this, you’ll see a round area of redness around the bite that’ll get bigger over a few days or weeks.

Lyme disease cases are mostly concentrated in the northeastern area of the United States and upper Midwest. However, since there are different types of ticks, it can be difficult to pinpoint what kind bit you or your loved one. For this, you can either look at tick pictures on the CDC’s website (Center For Disease Control and Prevention) or send the aggressor to a lab.

Do You Always Need To Get Tested?

Since there are several labs that offer tick-testing services, a lot of people will get scared and shell out $50 for a quick check after getting bitten. What these facilities do is that they grind up the tick and they look for DNA from disease-causing bacteria. So all you have to do is wait and pray that the results don’t come back positive.

However, there have been reports that this testing can be a waste of time and money since a fed tick will have blood in its belly that can interfere with the results. Furthermore, even a positive test seems to not be that telling, because there is no certainty that a tick that’s positive for, say Borrelia, has also passed the bacteria to the bitten human.

Still, it’s probably a good idea to always keep the tick if you or somebody from your family gets bitten. Just put it in a bag and store it in the freezer until you can decide if you want to get tested or not. But if you do, having the bug will be imperative because this is what you need to send to the lab so they can check whether you were lucky or not.

What Other Diseases Can Ticks Carry?

Other than the popular Lyme disease, some types of ticks can also carry a bacteria that will make you suffer from the so-called “Rocky Mountain spotted fever”. Most people with this will get a rash 2 to 5 days after the first symptoms start to occur. Even though it doesn’t look the same on everyone, it usually starts as small, pink spots on your wrists and ankles.

Another common illness is the “Southern Tick-Associated Rash Illness”, where you get a rash mostly associated with Lyme’s disease, typically in the fashion of a red bull’s eye with the bite in the center. Tularemia is also encountered pretty often when you usually get an open, painful sore where the tick sinks its teeth.

When it comes to “Ehrlichiosis”, this is a type that harms children more often than adults. The effects can also vary, ranging from small, red or purple spots on the skin to completely covered red areas that are filled with small bumps.

Other Signs And Symptoms

Just as not all ticks carry diseases, not all disease-carrying ticks will give you a rash once they bite you. Even for something like Lyme or RMSF, where they are pretty common, spots on your skin may not always be there so it’s good to be prepared and be able to associate other symptoms to figure out what you have.

Most tick diseases will give you flu-like symptoms which can include body aches, fever, headaches, and an overall very tired feeling. If you do have Lyme, another symptom will usually be joint pain.

In infants, illnesses like ehrlichiosis and RMSF can be very hard to spot, so be careful to watch very closely for symptoms, especially fever, as they can prove fatal for them. In cases like these, knowing the type of tick that did the biting will prove very helpful to your pediatrician. 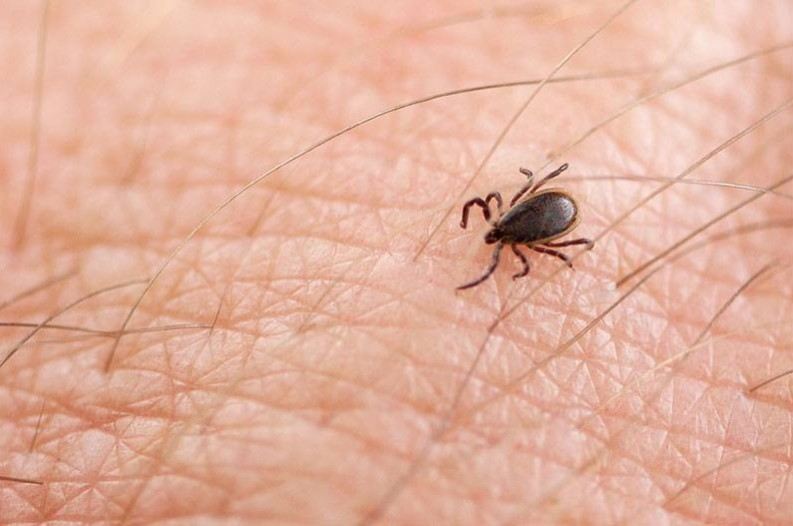 Why You Shouldn’t Get Scared

The bottom line is that, from the many species of ticks in the world, only a select few generally carry and transmit diseases to people. From those, a large part of them will, even if they bite you, prove not to be harmful and even if they are and you get the dreaded Lyme disease, this is actually completely treatable.

Even in tick-filled areas of the world, less than 5 percent of the bites result in actual infection. All Lyme symptoms literally melt away by using antibiotics, and only about 4 percent of people get recurring symptoms for more than a few months.

The ratio of bites to diseases is incredibly low, so you really should not trouble yourself very much with this. Even if you have kids who play outside, like they should, a good check and washcloth bath at the end of the day is more than enough to make sure they are okay.