Mosquitoes are a constant source of annoyance during the warm season and a frequent debate topic for scientists worldwide. While using a mosquito coil to reduce their activity in the area you live does not affect their survival as a species, eradicating them might not be the best option. Some mosquito species are important to our ecosystem while others pose great health risks.

It’s not difficult to associate mosquitoes with negative things only. They bite, they are noisy, and, most importantly, they pose significant health risks since they can carry and transmit various viruses and diseases. However, not all mosquitoes are a threat to humans. Some of them are harmless and even beneficial to the ecosystem.

From serving as food for other insects to pollinating various plants, mosquitoes play various roles in many ecosystems. We have highlighted some of their benefits below.

Mosquitoes have been around for quite some time now. The oldest fossils discovered trace them back to the Cretaceous period. Their history of more than 200 million years is proof of their great ability to survive, adapt, and thrive since there are now more than 3,500 species of mosquitoes.

Out of these species, only a few hundreds bite humans. Plus, male mosquitoes cannot penetrate the human skin and, thus, only female mosquitoes bite us to feed as they need protein for their eggs. 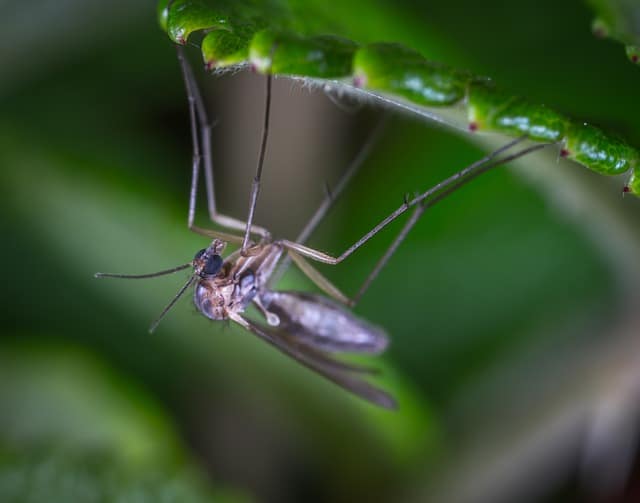 Given the many diseases mosquitoes can transmit, it’s no wonder that we tend to feel their presence as a nuisance and invest them with no value. Certain species of mosquitoes are indeed harmful and must be avoided as much as possible yet some species don’t even interact with humans. Moreover, they serve an important function in various ecosystems.

One of the greatest roles they have is that of being food for other insects. Think of the mosquito larvae and their importance in the aquatic food chain since they are aquatic insects. What they do is to filter the aquatic detritus and thus help marine lifeforms thrive.

By feeding on waste products, mosquito larvae make nutrients that are beneficial for aquatic plants. Furthermore, fish feed on mosquito larvae and some mosquito species feed on the dead insects that get in the water. Therefore, they play an important role in the aquatic food chain and eradicating them might affect the plant growth in certain areas.

Not to mention that their role extends beyond the aquatic realm. Bats, birds, and spiders feed on adult mosquitoes. Although some scientists are optimistic enough to think that, once eradicated, mosquitoes will be replaced by another species that would help the ecosystem thrive on, their current function in today’s ecosystem is obvious and comes with many benefits for various lifeforms.

Bees are the first insects that come to one’s mind when thinking of pollination yet mosquitoes actually play that role as well. It’s true that this activity is involuntary. However, mosquitoes transfer pollen from one flower to another.

One of the reasons why we tend not to associate mosquitoes with pollination is the general belief that these insects feed only on blood. While female mosquitoes bite to get the protein needed for their eggs to develop, male mosquitoes don’t bite humans and feed on nectar from plants.

Goldenrod is part of the plants that mosquitoes pollinate. How that happens is directly related to the particular characteristics of this plant. Goldenrod pollen features sticky grains that attach to mosquitoes and other insects on the lookout for food. Once attached, these pollen grains will be transferred to other plants mosquitoes feed on.

However, since there are other insects that feed on goldenrod, the eradication of mosquitoes would not affect the survival of this plant. Yet, goldenrod is not the only plant mosquitoes pollinate. They have been observed pollinating orchids as well.

Platanthera obtusata and Corallorhiza trifida are two of them. Mosquitoes pollinate them involuntarily, though. Their anatomy and certain plant characteristics make this process possible. When male mosquitoes approach a flower to get their nectar, they use their long proboscis to do that.

Plus, they press their compound eyes against a pollinarium and, while doing so, the pollen grains stick to their eyes. When the mosquitoes withdraw from the flower, they take these grains with them and then involuntarily transfer them to another flower.

Platanthera obtusata is a blunt-leaved orchid that grows in Arctic areas and that is pollinated only by a few moths and by mostly female Aedes mosquitoes. These orchids give off a scent that resembles the human body odor and that attracts these insects. This scent cannot be detected by humans, though. Platanthera flava depends primarily on mosquitoes for pollination as well.

Mosquitoes have been observed pollinating some of the plants in the Umbelliferae family, too. These plants are pollinated by many other insects in search of nectar and, therefore, would suffer less if mosquitoes were eliminated. Moreover, flowers that have an umbrella shape attract many insects including mosquitoes, since they are a great source of food.

Even if there aren’t too many plants that depend significantly on mosquitoes for pollination, these insects do play the role of pollinators and this adds to their value as they help perpetuate these plants that provide shelter or food for other lifeforms.

What about mosquito-transmitted diseases?

As highlighted above, mosquitoes have a role in many ecosystems and further research is still needed to know more about their full impact on nature and other lifeforms. Because we don’t know everything about their activity and how their presence helps plants, insects, and other lifeforms, we can’t know all the risks their eradication would involve.

The eradication of these insects has become a debate topic with great weight because one thing is certain. They vector and spread serious diseases including malaria, yellow fever, dengue fever, the West Nile virus, and the Zika virus. While some of these conditions come with mild symptoms, others can lead to complications that can be fatal.

What needs to be underlined is the fact that not all mosquitoes pose health risks. Some species don’t even interact with humans. There are arguments that support their eradication and there are viewpoints that support only the eradication of certain species.

Since some of these diseases can be fatal or cause severe complications, there are more arguments to support their eradication. Recent studies have linked the Zika virus to the Guillain-Barre syndrome and a birth defect that prevents a baby’s brain from developing fully and that is known as microcephaly.

Moreover, although there are a few vaccines and preventive medicines to protect against some of the diseases carried and transmitted by mosquitoes, there are health problems that cannot be prevented through medical methods at the moment. The only way to protect against them is to avoid getting bitten by a mosquito that is part of a species known to pose health risks.

While some mosquito species are not dangerous and don’t bite humans, others do so and may transmit serious diseases through their biting. Their presence is not only limited to this negative aspect, though. Some insects, fish, and animals rely on mosquitoes for food. A few plants need them for pollination. All that makes mosquitoes beneficial and harmful at the same time.